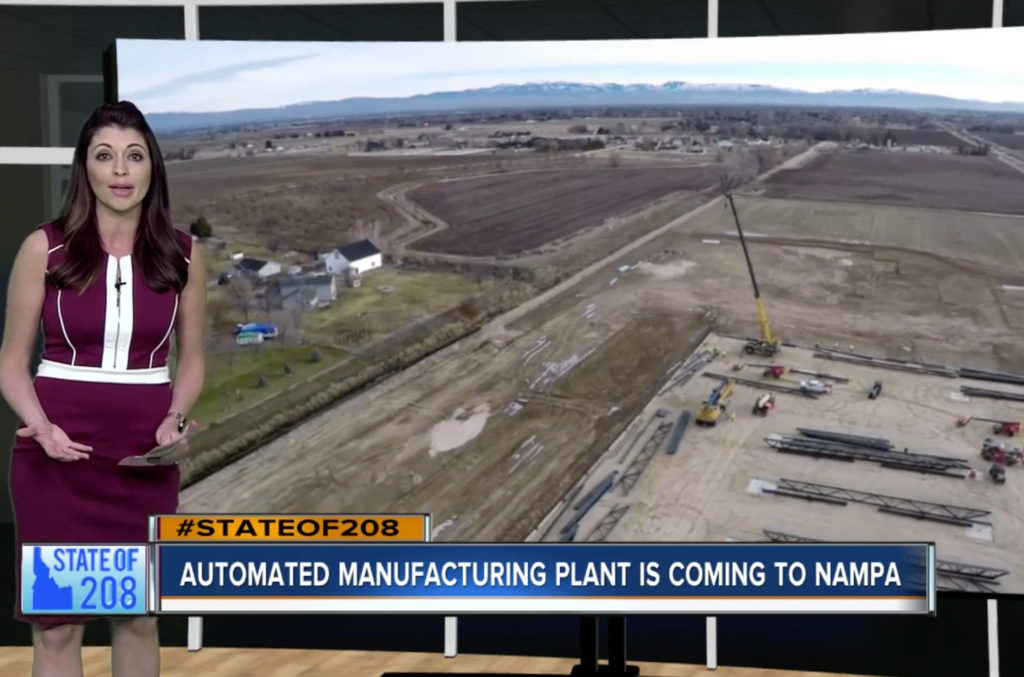 A large automated factory in Nampa plans to build modular affordable housing units. The $102.5 million project will crank out more than 1,600 units a year on a 52-acre site on Star Rd.

Boise-based Prefab Logic is taking the lead on the venture, which will build apartments at the factory. The dwelling units will be entirely assembled in Nampa, with wiring, plumbing, and fixtures, before they are shipped out for installation at construction sites across the country.

The 400,000 square foot factory will be automated, working in concert with a “leading factory robotics company” that has not yet been publicly identified. The project is dubbed Autovol, shorthand for “Automated volumetric modular manufacturing factory.”

Despite the automation, several hundred people will likely be employed on the site according to the company. They will perform engineering, project management and finish construction tasks.

“Autovol will greatly accelerate the big and positive impact on cost and productivity that current volumetric modular construction already delivers to our projects,” Prefab Logic co-founder Curtis Fletcher said in a prepared statement. “This factory will create new breakthroughs in construction speed, capacity, efficiency, and excellence.”

Fletcher’s co-founder Rick Murdock will join Autovol as its CEO.

“Prefab Logic experts have worked-in, designed, operated, and studied today’s best-in-class modular factories worldwide,” Murdock said.
“We’re thrilled with what this next pioneering phase will do for communities that need affordable housing as well as developers and factory owners ready to change the game.”

Autovol positions itself as a solution to increasing construction costs in the housing market, and a way to efficiently deliver affordable housing options.

Project leaders picked the Nampa site because of freeway and rail system access, low traffic congestion and its central location, according to the Autovol website.

The new factory is expected to be up and running by 2020.